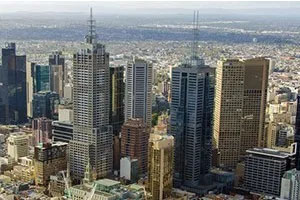 In the Age today, there was an article about the ANZ Bank and ANZ Group Treasurer Rick Moscati being charged for being “knowingly concerned in alleged cartel conduct” in relation to a 2015 capital raising.

ANZ Bank said it would defend itself against the action. ANZ chief risk officer Kevin Corbally has said that “[ANZ Bank believes] ANZ acted in accordance with the law…and on that basis the bank intends to defend both the company and our employee.”

When a company raises capital by issuing shares, investment banks or brokers ordinarily act as “underwriters”. This means that they guarantee some proportion of the shares will be purchased at a certain price.

ANZ has said that the action against it related to an “arrangement or understanding” allegedly made between the joint lead managers in relation to the supply of ANZ shares. ACCC chairman Rod Sims has said that “[the] charges will involve alleged cartel arrangements to trading in ANZ shares following an ANZ institutional share placement in August 2015.”

What is a cartel prosecution?

The Competition and Consumer Act 2010 prohibits cartels under civil law and makes it a criminal offence for businesses and individuals to participate in a cartel.

A cartel prosecution is where corporations or individuals are prosecuted under the Competition and Consumer Act 2010 for engaging in cartel activity.

The Australian Competition and Consumer Commission (ACCC) has extensive powers to investigate cartels. The ACCC refers serious cartel conduct to the Commonwealth Director of Public Prosecutions (CDPP) for prosecution wherever possible.

A person who is found guilty of cartel conduct could face up to 10 years in jail and/or fines of up to $420,000 per criminal cartel offence. It is illegal for a corporation to indemnify its officers against legal costs or any financial penalty.

For corporations, the maximum fine for each cartel offence will be the greater of:

Bid rigging occurs when suppliers communicate before lodging bids so that they agree among themselves who will win the bid and for what price.

Restricting outputs of production and supply chain is where competitors agree to regulate/limit the amount of goods and services available to buyers.

These are serious charges and should be discussed with a firm who handle complex prosecutions as soon as you become aware that charges or an interview are pending.

There are a number of steps in terms of securing evidence (either physical or from a witness) that you would consider doing immediately to take the narrative back from any prosecuting agency.

It is somewhat of a cliché but very true that preparation plus opportunity equals success. You need to put the work in to get the result you need to occur.