An offence to breach parole? 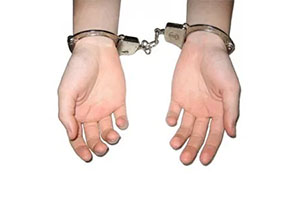 It has come to light in the matter of Jill Meagher’s rape and murder, that the offences were committed whilst Adrian Bayley was on Parole.

This has caused an understandable outpouring of community outrage. Twitter has erupted with 140-character-or-less dressing down of the justice system, reporters are advocating the introduction of parole breaching as an offence of in the Age and the state Government have also jumped on the bandwagon.

The Jill Meagher case is one that resonated. It was an event that evidently shook us as a community. We were all appalled by her murder; we held our loved ones a bit closer and we mourned not only for Jill’s family, but in part for the loss of reasonable security we might have felt beforehand.

However, knee-jerk reactions to legislation in the wake of these awful cases can generally create ill-informed and unnecessary legislation. This is a classic example of such a process unfolding in front of us. And, unfortunately, it does not make us as a community one iota safer.

How about something really novel like funding proper rehabilitation for people who are put in gaol?

Speaking, as I must, as a criminal lawyer, I do admit we found the progress of this matter through Court somewhat bewildering. For example, a number of lawyers turned up to apply for a suppression order (after a few days) in circumstances where we were all aware that he had taken the Police to the body and there had been an enormous outpouring of information over social media.

Then, if the Press are indeed correct, through his lawyers, he attempts to negotiate  for a lesser charge of manslaughter.

In all of this, the fact remains that the penalty for breach of parole is… that your parole gets pulled.  That is, the Parole Board determine that you should be kept in custody.

The person will also be punished for the offence that they committed while on Parole. Obviously the prior convictions (including the one that they are on parole for) are presented to the sentencing Judge or Magistrate. I can not recall appearing for a client who has committed an offence on Parole where the Magistrate or Judge has not stated that committing an offence whilst on parole is an aggravating feature on sentencing.

My point is, as far as I can see, adding a new offence of breaching parole is completely meaningless.
What it will mean is that in 12 months time the media, probably the Herald Sun on the next occasion will publish articles about the increase in statistics for offending over the last 12 months.

A new offence just gives the Police a cheap statistic to illustrate that they have prosecuted more people successfully.  When in essence, they have done nothing as the person

a) answers to the Parole Board and
b) is already facing the sentence for the new charges.

I know opinion on this is divided, as it is an area where your emotional response is hard to check at the door. I do welcome your feedback and comments below.