An Interpol red notice is not an international arrest warrant 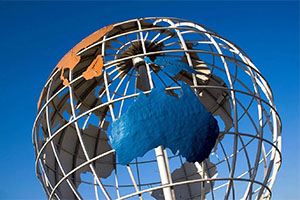 At the recent International Bar Association Transnational Crime Conference in Lisbon that I attended there was an interesting panel discussion. It was focusing on issues of international cross border co-operation of prosecutorial authorities and of particular interest was the discussion on Interpol Red Notices.

This was opportune, as the Australian Senate has recently rejected legislation (April 2017) which would have seen the People’s Republic of China added to the list of countries to which Australia would consider extraditing people. With a large Chinese population in Australia these are issues many people have to deal with who are in conflict with the Chinese Government.

The Interpol Red Notice says to other Interpol member countries that the person named is, in effect, “wanted”.

But, more importantly, is what an IRN is NOT.

It is not an international arrest warrant. Many countries, including Australia, say that an IRN is not by itself a valid reason to arrest the named person. In Australia, broadly speaking, a country must seek to have the person arrested and extradited through a direct country to country process (more about the extradition process will follow in a later blog).

However, Australian authorities have, in the past, said that an Interpol Red Notice is a significant matter which will certainly draw the interest of police to the person named.

IRN’s although serious are also troubling. There has been an explosion in the number issued from about 2,500 in 2005 to about 13,000 in 2016. And although Interpol rules state clearly that an IRN will not be issued where the request is politically motivated, this is effectively ignored in practice.

Being subject to an Red Notice places the person in an uncertain and uncomfortable situation. However, although recourse is limited there are a number of avenues of representations that can be made at both a local and international level which may result in the withdrawal of the IRN.