10 things to know about subpoenas in criminal cases in Victoria 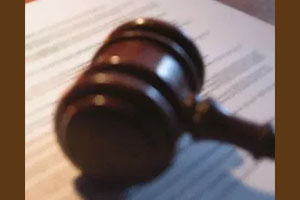 A subpoena is a document that is issued by the Court requesting documents to be provided to the defence by another party. It is one of the most basic tools of the criminal defence lawyer.

The most obvious and generally used subpoenas are for bank records and telephone records.  Bank records can be used, for example, to undermine a witnesses testimony that they had gone out and had a small dinner without any alcohol.  Subpoenas for telephone records or call charge records can be used to show where a person was relative to mobile phone towers at a given time. This is an invaluable means of disproving some allegation against a client.

In one case, we subpoenaed the log of a boat that could be seen in the background of a photo to show what date the photo was taken. It turned out to be crucial in establishing our client’s whereabouts on a relevant date.  In that particular case our aim was to recreate a person’s movements for a 12 month period, so were using subpoenas for various types of documents to establish where he had been (ATMs, phone records, work records, voluntary organization etc). He was acquitted and he identifies that the preparation work through subpoena was what saved the day.

The only limits on subpoenas are how creative your lawyers are and whether a Judge accepts them as having a legitimate forensic purpose.

1.  Dont accept documents directly from the person the subpoena was issued to
The produced documents are to be handed to the Court. Do not fall into the trap of having a person ring you and then give you the doucments. The Court has issued the subpoena. The documents get delivered there and then released to the defence.

2.  Proper Legal officer
If you are uncertain who the subpoena should be made out to for a compnany or corporation then issue it to the “proper legal officer”

3.  Notify the other side
You are not strictly obliged to but you should forward the other side a copy of your subpoenas and the date on which you have listed them for.

These are basically expressions of the same concept.

para 96   …..  “an accused person is entitled to seek production of such documents as are necessary for the conduct of a fair trial between the prosecution and the defence of the criminal charges that have been brought. When objection is taken, the accused must identify expressly and with precision the forensic purpose for which access to the documents is sought. A legitimate purpose is demonstrated where the court considers, having regard to its fundamental duty to ensure a fair trial, that there is a reasonable possibility the documents will materially assist the defence. That is a low threshold, but it is a threshold.”

para 97 The “reasonable possibility” test does not apply in all cases in a fixed manner as if the relevant considerations always have the same value.

It is necessary to consider “the importance of the issue to which it is said the subpoena relates and the importance of the document in question in the determination of that issue” and, more generally, “the circumstances as a whole”.
In doing so, it is necessary to give a “broad interpretation” to the issues in the case or, to put it another way, the “parties’ respective cases should not be restrictively analysed.”

It is also important to pay due regard to the fact that “[d]efence lawyers are in a better position than a judge to make an appraisal of the value of information contained.”

Lastly, as Pincus JA said in R v Spizzirri: “courts should be careful not to deprive the defence of documents which could be of assistance to the accused.”

7. Defence rather than Judge decide what use to make of material

Once you establish a legitimate forensic purpose it is not for the Court to decide whether anything in the document would in fact assist the defence.  Saleam (1989) 39 A Crim R 406

8. Even if the documents themselves would not be admissible subpoena them anyway

You may never use the actual subpoenaed documents in Court  because they would not be admissible. However their admissibility is not a relevant consderation as to whether you can subpoena them.

The main issue with subpoenas is when they are too wide and therefore compliance with them would be too oppressive. The party subpoenaed can make that claim especially in situation where they are effectively being left to decide what they should hand over as being relevant.

The Courts are generally very good at protecting indigent people from costs in relation to subpoenas. But be careful not to cast your net too wide if it is a private client and the recipient of the subpoena has deep pockets or is a big corporation. They tend to brief the commercial lawyers who know nothing about criminal law (and seemingly little about fairness and the equality of arms) but sure now how to rack up billable hours.