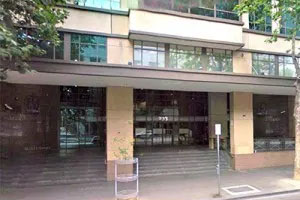 Victoria’s criminal justice system has just experienced the first weekend of the pilot “Weekend Court”. Many of our readers would be aware that the Melbourne Magistrates Court is now sitting on a Saturday and Sunday to deal with what has been described as “further addressing the serious issues”  of the prison crisis by hearing overnight and weekend remands.

So, it was with some interest that I read the reports of the hearings in the weekend and Monday papers.
In the Sunday Age, veteran (said with the greatest of affection) court reporter Steve Butcher provided both a report and comment, in the modern style of journalism. His central comment appeared to be:

Of greater significance with their release from the Custody Centre beneath the Court was that two precious beds would now be available for other prisoners who on Monday will make their listed hearings.

Mr Butcher had earlier recited the brief facts in one of the four matters that was heard by Chief Magistrate Lauritsen in the first sitting of the weekend Court.

What is truly remarkable about this case is that the person should never have been in custody in the first place.

Now be clear, I wasn’t at Court, however, I understand that this was a person who had committed a theft of a $20 piece of beef from a supermarket in the company of her boyfriend. She was a person with a hearing disability and was “destitute”.

The Chief Magistrate, upon a plea, put her on a 12 month undertaking. Mr Butcher noted that her time on remand was “mercifully brief”. Unfortunately, he doesn’t go on to comment that it is extraordinary that she was ever in custody in the first place.

Many keen watchers of the current prison crisis in Victoria doubt that the weekend court will provide any relief to the gross overcrowding and breaches of human rights occurring daily.

Some, including this blog, were concerned that the idea of remanding rather than placing accused persons on bail would become more attractive to Victoria Police because after all it only becomes “Overnight”.

Many wage and salary earners will be familiar with the idea of tax creep. Well this is a similar thing, only what the community ends up with is more people in custody, albeit for short periods, rather than less. And Victoria is not, in any way, a safer or better place to live.

The critics amongst you might say, this is just a one off case. But no, don’t be fooled, for the next day Deputy Chief Magistrate Popovic is reported to be again placing a person on an undertaking similar offending.

Again, the question to be asked is, why was this person in custody in the first place?

DCM Popovic is reported to have lamented the lack of support services at the Weekend Court which would otherwise have allowed her to receive useful details of that accused person mental health and the like, therefore better informing her sentencing. Nonetheless she was able to deal with the plea and release the person on an undertaking as noted above.

What was she doing taking up one of those “precious beds” in the first place?

There is much fact-based evidence and commentary on the role that the prison system serves on behalf of the community as a repository for what one senior Magistrate described as the “sad and the mad”. So, here we have in the first sitting of our Weekend Court not published examples of serious offenders who place the community at risk but examples of people who should never have been in custody in the first place.

It would be interesting to pose these two cases to our Attorney General, Mr Robert Clark. Of recent weeks and in response to the crisis in Victorian goals, he has been heard often in the media to the effect that he will not apologize for keeping criminals behind bars.

Perhaps, just perhaps, he might look at these two cases and reflect upon where the system of criminal justice is heading under his leadership.