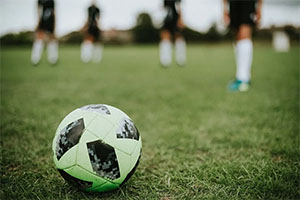 Like every other AFL loving Melbournian, I spent this glorious spring Saturday (last one in September) afternoon watching Richmond Tigers battle the GWS Giants in the 2019 AFL grand-final. A story fit for a Hollywood block-buster to come from this game was the Richmond debutant, Marlion Pickett wearing the typical rookie guernsey number 50. I could not help, but put my legal cap on during the game and wonder if our legislature and courts will be inspired to re-think how they rehabilitate young offenders after learning about Marlion’s personal story.

Marlion played brilliantly in his maiden game and kicked a goal. What makes Marlion’s story even more remarkable (if that is possible) is that it has been reported in the media that he served time in prison for burglaries when he was a young man. This speaks volumes about the rehabilitative effect sport has on young people. The benefit of belonging to a sporting club surrounded by peers, burning energy, getting fit, being mentored by coaches, learning team-orientated skills, dealing with defeat and enjoying success is immeasurable.

Marlion’s remarkable story demonstrates that imposing crushing gaol sentences and remanding young people who commit crime must be the exception, not the first response. We must start thinking outside the box when it comes to what we expect from our courts when sentencing young people and to focus on the rehabilitation of young people rather than punishment. The aim must be to inspire them to focus on education, work and sport to groom them for success. Indiscriminately, locking young people because of restrictive bail laws and mandatory sentences does little more than entrench criminogenic qualities.

I appreciate that the flip-side to my argument is that prison may have been the “wake-up call” Marlion needed to stop offending. However, in post-match interviews, he attributed his success to playing football; he did not speak about prison.

As a criminal solicitor based in Broadmeadows, I act for a lot of young people from modest income families who cannot afford to allow their kids to indulge in extra-curricular activities. The money that goes into policing and punishing these young people would be better spent if it was used to pay for memberships to sporting clubs or gyms.