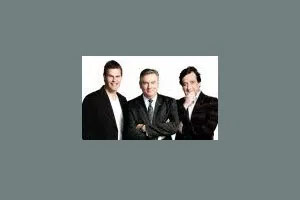 I love Triple M’s hot breakfast radio. I listen to it every morning on the way to work.

Eddie, Luke, Mick and Rosie are funny, intelligent and seem like decent people. Their view of life and their reasonableness is what attracts so many of us to them.

They are not shock jocks abusing people just to get headlines. They speak interestingly about the issues of the day. You may disagree with them sometimes but you know their hearts are in the right place. And you forgive them errors because breakfast radio is largely unscripted and they are flying by the seat of their pants most of the time. They are rightly top of the ratings.

So it was incredibly disappointing to hear their exchange with Derryn Hinch on their show this morning.

Eddie asked an important question which is whether not naming people because of identifying the kids was “the biggest furphy” in the discussion around naming sex offenders. He said to Mr Hinch he would come back after commercials and let him answer.

I waited the ad break for the answer.  Mr Hinch declared not naming offenders was wrong, with no real explanation as to why, and launched straight into a personal attack on Cardinal Pell and the suggestion that Priests needed insurance. He never answered the direct question fully.

And that is the problem. People listen to Mr Hinch and form their views around what one loud person says in the media. The issue with getting moral guidance from Mr Hinch is that he will abuse people and say they are all wrong, but it is just the one loud voice among the crowd that is getting heard. Personally, I have not been to gaol for breaking orders of the Court. I do not know anyone socially who has. To me, it is not a badge of honour.

And so now I will answer the question from the standpoint of someone who is elbow deep in these issues every day. It is so blindingly obvious that naming a father who has committed incest as a sex offender will blight the life of their victim. The father will be in gaol and never have contact again, but the child  may grow up with a sense of shame made worse by everyone knowing about the crimes that they have had perpetrated on them. And never be able to move on. How would that make you feel? What about if you were a kid?

It is ludicrous to suggest that it is otherwise than harmful to victims.

I am no acting for Cardinal Pell and have not read the transcript of what he said. But if what Mr Hinch said is right, then surely victims would be better off if Priests had insurance. If victims can not get compensation from the Church because of business structures then, would it not be better if they were able to claim from an insurance policy? Life is a bit more complex than empty rhetoric.

Both of those points that Mr Hinch made were, in my opinion, against the rights of victims of sexual assault.

We all know that is not what Triple M’s Hot Breakfast stands for.  I do wonder why they are so keen on Hinch as they are much better without him.

We offer a free first consultation with people on the Sex Offender Registry who would like to discuss any issues they are having regarding compliance or possible suspension of their reporting obligation.