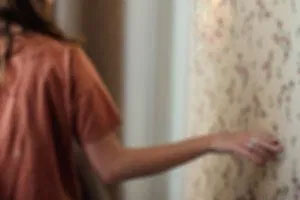 A recent report of the Victorian Ombudsman details the inhumane treatment of a mentally impaired woman called ‘Rebecca’ in the criminal justice system, bringing to light the perverse dangers of the Crimes (Mental Impairment and Unfitness to be Tried) Act. Because of inadequate government resourcing, this legislative scheme effectively discriminates against women and persons with unconventional or complex mental health issues. Instead of ensuring that all people are protected against unjustified punishment under the criminal law and directing them into treatment centres, it relegates the system’s most vulnerable people to indefinite detention and cruel, inhuman and degrading punishment. There is nothing the Court, lawyers or prison officers can do to mitigate this perverse outcome, because alternatives to prison are simply not being made equally available to all people.

The justification for a special scheme for persons with mental impairment (e.g. mental illness or intellectual disability) is to protect people from criminal punishment when:

Fundamental principles of justice dictate that a person should not be punished for conduct they could not know was wrong, or without the benefit of a fair trial. For this reason, if a person is unfit to stand trial but found after special hearing to have committed an offence, or if they are not guilty by reason of mental impairment, then a judge will impose either a custodial or non-custodial supervision order. The mentally impaired accused cannot be found guilty of offences charged, and cannot be convicted.

The Court of Appeal has held,

“a supervision order is not a sentence or punishment but treatment. A person subject to such treatment… is found ‘not guilty’ of any crime on account of his mental impairment, and on that basis, there is no justification or imposition of any punishment.” Nom v DPP & Ors [2012] VSCA 198, [68].

In making a supervision order, the principle of parsimony is paramount—the disposition must impose the least restriction on the person’s freedom and personal autonomy as possible.  An appropriate disposition is one that balances the treatment needs of the offender with the need to protect public safety. Denunciation, punishment, and specific and general deterrence are not relevant considerations.

A supervision order is imposed for an indefinite term and can only be revoked by court order. The Court does not fix an end date, as it would for a punitive sentence. The legislation provides for certain nominal terms that vary according to severity of the charged offence; but the court can extend the order indefinitely if at that time it is not appropriate to release the person back into the community.

How it’s meant to work

Under the Crimes (Mental Impairment and Unfitness to be Tried) Act, a person can be sent to prison only if there is no practicable alternative in the circumstances. Ideally, someone suffering from a mental illness will be sent to a forensic mental health institute, such as the Thomas Embling Hospital. There they will avail themselves of the rehabilitative opportunities that such an environment offers without putting the community at risk.
If a person has an intellectual disability as diagnosed under the Disability Act 2006, they come under the auspices of the Department of Health and Human Services (DHHS), and potentially under the National Disability Insurance Scheme.

In some cases, male offenders with intellectual disabilities have received Custodial Supervision Orders to reside in secure facilities such as the Intensive Residential Treatment Programme run by the Disability Forensic Assessment and Treatment Service of DHHS. Here, they have access to carers, and rehabilitative and educational opportunities appropriate to their needs, while living in a secured environment. There are no such facilities for women.

The therapeutic regime is only effective so long as there are appropriate treatment facilities available for those who need them. If no residence is available, a court has the power to order a non-custodial supervision order (NCSO). An NCSO is only feasible, though, if the offender has support in the community. But, for someone with complex needs who exhibits erratic or violent behaviour, family or community workers may not be able to care for them without putting themselves in danger, and may not be able to ensure that NCSO conditions are met. In such cases, prison is the only alternative.

Prison is fundamentally a punitive institution. It is never acceptable to send someone to prison when they cannot justifiably be punished. Further, prison is wholly unsuitable for a person with a mental impairment. The Ombudsman’s report illustrates in gruelling detail the experience of someone with an atypical mental impairment relegated to prison. Not only is there limited or no proper access to treatment, even basic needs are not met. The vulnerable offender is likely to be maltreated by other prisoners, either out of malice or because they do not have the mental capacity to adhere to prison protocol.

These circumstances will compound the person’s maladaptive behaviour. As their behaviour becomes more aggressive or self-harming, the prison will place them in solitary confinement for their own safety and the safety of other prisoners and prison staff.

The longer a person with a mental impairment stays in prison, the further their mental health will deteriorate. As it does, it becomes less likely that a supervision order will be revoked, as that person will become less able to reintegrate into the community. They can never know when their ‘sentence’ will be over.

When there is no appropriate treatment facility for someone who falls under the CMI Act, this supposedly protective legislation does more harm than good. In Rebecca’s case detailed in the Ombudsman’s report, the judge commented that if he could have dealt with that matter under the Sentencing Act, Rebecca would not have received a sentence longer than one month. Under the CMI Act, Rebecca was imprisoned for 18 months. Her offence was breaching a Family Violence Intervention Order by visiting her parents’ home.

Indirect and systemic discrimination as a product of government policy

The Crimes (Mental Impairment and Unfitness to be Tried) Act can create a nightmare situation for anyone who is mentally impaired and not provided with appropriate accommodation and treatment. This nightmare, however, is felt disproportionately by women with intellectual disabilities and persons like Rebecca with autism. This is because the government has not invested in alternative treatment centres to accommodate these populations. For people with mental illness, there are inadequate resources available generally. But for women with intellectual disabilities, there is simply no system in place at all.

Under international law, the Committee for the Elimination of Discrimination Against Women describes “indirect discrimination” in the following terms:

Indirect discrimination against women occurs when a law, policy, programme or practice appears to be neutral in so far as it relates to men and women, but has a discriminatory effect in practice on women because pre-existing inequalities are not addressed by the apparently neutral measure.[1]

The treaty body for the Convention on the Rights of Persons with Disabilities echoes this concept of indirect discrimination in the context of disability:

“Indirect discrimination” means that laws, policies or practices appear neutral at face value but have a disproportionate negative impact on a person with a disability. It occurs when an opportunity that appears accessible in reality excludes certain persons owing to the fact that their status does not allow them to benefit from the opportunity itself.[2]

It is a credit to the offices of the Public Advocate and the Ombudsman for exposing how the Crimes (Mental Impairment and Unfitness to be Tried) scheme can malfunction so egregiously, despite the best efforts of the Court and of prison officers. It is a disgrace that the government fails to gather statistics on the numbers of people with mental impairment—men, women and children—who find themselves in the criminal justice system, and their outcomes and circumstances. Without real numbers, the government cannot be compelled to provide adequate funding to properly implement its own legislation. Instead, due to lack of funding and a wilful blindness on the part of government, the Crimes (Mental Impairment and Unfitness to be Tried) Act imposes systematic discrimination and cruel and inhuman punishment on those it is meant to protect.

[1] Committee on the Elimination of Discrimination against Women, General Recommendation No 28 on the core obligations of States parties under article 2 of the Convention on the Elimination of All Forms of Discrimination against Women, UN Doc CEDAW/C/GC/28 (16 December 2010), [16].
[2] Committee on the Rights of Persons with Disabilities, General Comment No. 6 (2018) on equality and non-discrimination, UN Doc CRPD/C/GC/6 (26 April 2018), [18(b)].