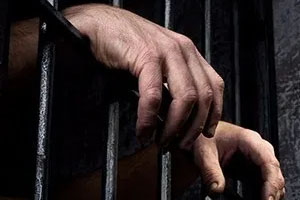 As criminal defence lawyers, we all want our clients to avoid the prospect of imprisonment.  Whether we run a not guilty plea or prepare a case in mitigation, the object is to avoid the often dire consequences of a prison sentence for our clients.

Those who practice in criminal law have had that “talk”, either prior to sentence or after sentence, usually in the confines of a prison cell, when imposition of a jail sentence is imminent or has just been imposed.  Sometimes it’s inevitable, either due to the finding of guilty, the seriousness of the offence, matters personal to the accused, or a combination of all of these.  During this talk, phrases of hope are given to the client , along the lines of: “You’re still young”; “You’ve got time to re-build”; “You’ll get through this”; “You’ve got the support of your family”, or any other encouragement that seems appropriate at the time, to buoy not only the spirits of our client, but our own.

Most recently the Victorian Court of Appeal in a recent guideline judgement (Boulton v The Queen; Clements v The Queen; [2014] VSCA 342) closely examined and illuminated the many and various punitive effects of prison. The judgement of the Court was insightful in that it highlighted the reasons why imprisonment, as a sentencing purpose, is a measure of last resort.

And so it was refreshing to read an article recently where several individuals, had reformed themselves substantially after significant periods of imprisonment.

The article, Five former drug dealers that got a 2nd chance, (published in Daily Life on May 1 2015)  featured 5 men: Tim Allen, Michael Coutts-Trotter, Mark Wahlberg, Jeff Anderson, Brian O’Dea. The common thread of each story was drug use and drug trafficking, the latter of which they were prosecuted and received their jail sentence. Each of the men received a substantial term of imprisonment for substantial offending, however rather than let that experience define them, they reformed themselves and were successful in their respective careers after their release from prison.

There are, of course, other examples.

To this list, we could also add the Victorian example of Kerry Tucker, a woman who was sentenced for 7 years imprisonment for a substantial theft from her employer. During her imprisonment, she completed a Masters of Arts, and pursued a PhD, and continued a career in academia with a leading University.

The article was written to illustrate that people can and do have the ability to reform.  And that the second chance afforded to these individuals, to reform themselves during their prison sentence, and to continue that rehabilitation after their release into the communication, was in stark contrast to the tragic position of Andrew Chan and Myuran Sukumaran. These men, despite their sustained and well-publicised reformation did not get a chance to build and consolidate on their substantial rehabilitation.

Furthermore, the community benefit in allowing individuals to put their past behind them, and to focus on reforming themselves, is not restricted to those sentenced to imprisonment. Even offenders who do not receive jail for offences, are branded with a court record that stays with them for years. Fortunately, our criminal justice system does have diversionary programs (Diversion for adult offenders, and ROPES for children) that allow first time offenders to avoid a criminal record. However, for those that don’t qualify (for a variety of reasons) the impact of a court record lasts for many years beyond the date of the initial offences. For this reason, many in the community have been calling for the introduction of spent conviction legislation (where criminal priors are removed after several years of non-offending).  Such a step is a sensible and progressive step towards removing the social stigma of a criminal record, particularly for young offenders.