Home » Criminal Justice » Not Every Allegation is True – Wrongful Convictions

Not Every Allegation is True – Wrongful Convictions

Kate is one of our senior associates and is part of our Sunshine team. She regularly represents clients at the Sunshine Magistrates’ Court for various criminal legal issues.

Admitted to legal practice in 2002, Kate has since been working exclusively in the field of criminal law. She has experience in all Victorian criminal law jurisdictions including in the High Court of Australia. 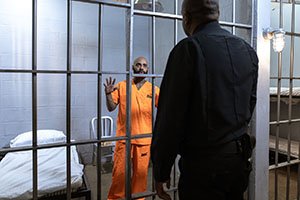 “Better that ten guilty persons escape than that one innocent suffer.”1

It is an inherent and possibly incurable flaw of every criminal justice system that accused people are sometimes found guilty of offences they did not commit.

With legal systems not adequately designed to accommodate those with cultural or language barriers, or suffering mental health or spectrum disorders, an accused person may also plead guilty to a crime they did not commit.

The expression ‘wrongful conviction’ can encompass a broad range of outcomes that are a miscarriage of justice, but here will be limited to refer to those circumstances where a person is convicted and punished for a crime that they did not commit.

While in Australia a wrongful conviction can result in an accused person serving an unjust term of imprisonment, the consequences for an individual in a country with the death penalty are, of course, final. Research for the Proceedings of the National Academy of Sciences of the United States of America2 found that:

The rate of erroneous conviction of innocent criminal defendants is often described as not merely unknown but unknowable. We use survival analysis to model this effect, and estimate that if all death-sentenced defendants remained under sentence of death indefinitely at least 4.1% would be exonerated. We conclude that this is a conservative estimate of the proportion of false conviction among death sentences in the United States.

In Victoria, from the outset those prisoners who seek to maintain their innocence whilst undergoing sentence are denied certain privileges.

They may be prevented from moving to a less restrictive correctional facility which would allow for improved and longer family visits; so important to mental health and well-being.

The prisoner will also be prevented from participating in programs which are predicated on an admission of guilt. As such, the prisoner is regarded as being resistant to treatment and rehabilitation, and a risk of recidivism; thereby potentially denying them access to release from custody on parole.

Freedom from incarceration for those fortunate enough to be ultimately exonerated, and potentially the recipient of financial compensation, has unsurprisingly proven not to be a cure-all for harm caused.

The Effect of the Miscarriage of Justice on the Community

For each prisoner serving a sentence for a crime they did not commit, justice is denied to the family of any victim. Unmeasurable harm can also be caused to the loved ones of those falsely accused.

Further, for each wrongful conviction, there is a potential that the true offender continues to remain in the community, free to commit further offences.

Right of Subsequent Appeals in Victoria

In November this year, Royal Assent was given to the Justice Legislation Amendment (Criminal Appeals) Act 2019 (Vic). The Act provides one step towards enabling a more expedient process to redress a wrongful conviction.

The Act allows that pursuant to section 326A of the Criminal Procedure Act 2009:

Right of second or subsequent appeal against conviction

Accordingly, rather than being forced down the rather tortuous path of petitioning the State Attorney-General for mercy, a prisoner who has fresh and compelling evidence to persuade the Court of Appeal that it is in the interests of justice to grant leave to appeal is now able to bring a subsequent appeal against conviction in the Supreme Court of Victoria.

Section 326D of the Criminal Procedure Act 2009 allows for:

Determination of second or subsequent appeal against conviction

It is envisaged that the reform will allow substantial miscarriages of justice to be dealt with transparently through the courts. The creation of a subsequent right of appeal in Victoria is in line with reforms already in place in Tasmania, South Australia, and under consideration in Western Australia.

It will be available in exceptional circumstances only.

The Importance of Expert Legal Representation in the First Instance

There is no doubt that in some cases a wrongful conviction may occur as a result of inadequate legal representation. For the vast majority of criminal defence lawyers, this may perhaps be the most egregious injustice.

If you are faced with a false allegation, you are wise to engage an experienced criminal lawyer to represent you from the outset. As a distinguished Director of a highly regarded criminal defence law firm is known to say: ‘What price can you put on not going to gaol?’

[1] Commentaries of the Laws of England, J.B. Lippincott Co., Philadelphia, 1893.
[2] Rate of False Conviction of Criminal Defendants who are Sentenced to Death by Samuel R Gross, Barbara O’Brien, Chen Hu and Edward H Kennedy dated 20 May 2014
[3] Compensation for Wrongful Conviction by Adrian Hoel, Australian Institute of Criminology dated 1 May 2008