Gender in the Justice System 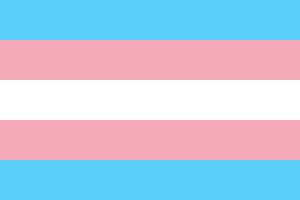 Dear reader, I would like to invite you to participate in a thought experiment.

It is my guess that if you are reading this post, you are most likely a man or a woman. Please take a minute to think about it. If you are, which one? How do you know?

Maybe you recognise your own gender in the way you dress, how you cut your hair, shave, walk, smile, greet people, how you look after your family, how people speak to you, the kinds of things you buy for your home, the change room you use at the gym. Maybe you just know, and everything else flows without you having to think about it.

And if you are a woman and you wear a skirt to work and very little at the gym, and buy bath salts and spend large sums of money on your hair, no one else will think about it either. If you are a man and you eat a large steak and express your ideas with confidence, talk about sports and stocks and fixing things, no one will be bothered.

If you are a woman, how you would feel using the men’s bathroom? Not just once when no one is around, but all the time, when everyone is around.

How would you feel wearing a square-cut suit to work that did not accentuate your figure, and flat shoes with round toes? Letting your grey hair show? How would it feel if people assumed that you should speak assertively, tell people what to do, that you love football, that you know how to change a car tire, that you had a certain kind of interest in women?

Please imagine, if you are a man, how it would feel if there was an expectation that you would wear something form-fitting and revealing to a dinner or for a jog in the park? If you were expected to listen more than talk, smile when someone made a joke, be concerned about how others are looking at you, care for the elderly and the young, speak gently, ask for consensus or reassurance, express your feelings. Use the women’s bathroom. Re-apply your lipstick.

It might be uncomfortable. Maybe as a Halloween gag in college it’s fun to cross-dress, but imagine showing up today at your place of work as a professional, or a family gathering with the in-laws and being expected to perform a gender identity that is opposite to the one you always just knew yourself to be. It might even feel humiliating.

Such is the importance of gender, and our need to get it right.

There is also a great need by others that we get our own gender “right.” What if you tried wearing the clothes you know you feel most comfortable in, and your reward for doing so was to be derided, even hated, assaulted, rejected, overlooked, or told you were mentally ill. Or maybe not even anything so obvious. Maybe you would be left not quite knowing, but knowing, that you were making the people around you uncomfortable because they thought you were complicating things unnecessarily.

Amidst so much anger and confusion, you may start to doubt yourself. Or worse.

Or you may not, and instead you find yourself in some kind of dialogue with your work colleagues, clients, parents, grandparents, parents’ friends, neighbours, teachers, every shop-keeper, hairdresser, department store clerk, passport control officer and Amazon delivery person about the meaning of your own body which can only be expressed in terms they don’t even know.

In September 2020, the Australian Research Centre in Sex, Health and Society at LaTrobe University published the third iteration of the Private Lives report. Private Lives is the largest survey-based report in Australia on the health and well-being of LGBTIQ people. Of 6,834 LGBTIQ participants across Australia, 1506 (22.2%) self-identified as transmen, transwomen or non-binary.

The report demonstrates the impact of other people’s gender expectations on the wellbeing of trans and gender diverse (TGD) people. Whilst the statistics in the report are not always disaggregated between gender identity and sexual orientation, the report reveals that almost 35% of participants report having been verbally abused in the past 12 months, 25% having been harassed, and 10% having been sexually abused due to their sexual orientation or gender identity.

Less than half of TGD people surveyed report feeling accepted at work, with family or accessing a health or support service. Approximately three quarters of all TGD participants reported experiencing high or very high levels of psychological distress, with more than half having been diagnosed with or treated for depression in the previous 12 months. Up to 90.6% of TGD participants report having experienced suicidal ideation at some point in their lives, with 58.39% – 61.4% reporting suicidal thoughts in the last 12 months. By comparison to the general population, 13.3% report ever having suicidal thoughts, and 2.3% report suicidal thoughts in the last 12 months.

Statistics and qualitative research on the experiences of TGD people are important and hard to come by. They provide crucial evidence of the experiences of TGD people in mainstream society, and real and perceived discrimination and exclusion. Whilst TGD identity is no longer pathologized as it once was, and LGBTIQ advocacy and visibility has progressed in substantial ways in recent years, TGD people still face a fundamental disadvantage in that the world around them still thinks in binary terms, and those binary terms are rendered in the third person. That is to say, the world thinks in male and female, he and she, him and her. Gender is imposed.

But it is lived in the first person, and there is a significant and growing population of people who have created an expansive vocabulary for gender. As the thought experiment above is intended to convey, just being able to recognise and accept a person’s lived experience of their own self can have a substantial effect on their health and well-being. It is hoped that more research and better information can enable this.

A small group of volunteer researchers, led by Doogue + George in partnership with the International Commission of Jurists (Victoria) and Transgender Victoria, have recently completed a survey of TGD experiences in the criminal justice system. It is the first study of its kind in Australia, with very limited overseas research addressing the subject. The research is compiled from two surveys, one directed to TGD people and the other to criminal lawyers who have acted for TGD clients. The findings address experiences and perceptions of police, courts and prisons.

A full report on the findings is forthcoming. The conclusions are not entirely surprising – TGD people report distrust of the police; an unwillingness to report crime when they are the victim; an expectation that they will be disadvantaged in court proceeding if they express their lived gender; and that they are not being protected in prison.

Lawyers, importantly, report that courts have been largely respectful of a client’s gender identity and preferred pronouns, once they have been explained. This highlights the importance of lawyers themselves being informed about the gender identity of their client.

The forthcoming report is meant as a guide to those working in the criminal justice system. It will contain information on how to understand gender, how the old-fashioned male/female binary needs to be adapted for trans and non-binary people in court processes, support services and gaps in services that lawyers need to be aware of; and the vulnerabilities of TGD people that courts need to be informed of.

As defence lawyers, what we do is try to help the court understand the circumstances of our client. Only if we do our job properly can the goal of individualised justice be achieved. Being trans or non-binary is more than just a style of dress, it is an identity that pervades all aspects of life and every relationship, in one way or another. If lawyers and courts don’t understand what trans and gender diverse mean, then justice isn’t being done.