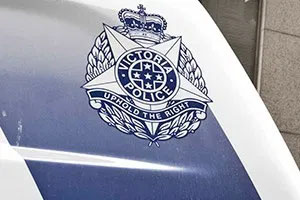 There is a high degree of public confusion surrounding this issue. Often, those found guilty without a conviction are under the misapprehension that such a finding will not show up on a criminal history check. A 2006 article in the Age newspaper revealed that police process over 300,000 criminal history checks per year[ii]. The volume of checks makes the police information release policy a matter of some concern.

We are all aware that not everyone who has a criminal record is a serious offender. However the stigma of a criminal record has far reaching implications in a person’s life. Particularly as many people have insignificant charges incurred in a variety of circumstances. On occasion, charges relate to behaviour that occurred during a momentary lapse of judgement, a period of difficulty, or in a phase of a person’s life that they have moved on from by the time the charges are heard by the court. In accordance with s8 of the Sentencing Act 1991 (Vic) Judges and Magistrates take these circumstances into account and decide whether or not to record a conviction. Judges pay specific regard to the impact of recording a conviction upon a person’s employment prospects and also the role this plays in their rehabilitation.

The Victoria Police, in its Information Release Policy, systematically ignores the consideration of these factors and the resultant decisions made by the judiciary. The decisions of Judges and Magistrates are undermined by the policy of releasing information about findings of guilt without conviction. The intentions of both the judiciary and parliament (as expressed in the Sentencing Act) are frustrated by police policy.

The resultant release of information and confusion regarding the meaning of criminal records has a dramatic impact on people’s lives, their families and their livelihoods. People can lose their jobs, be refused employment, and discriminated against on the basis of trivial matters.

Employment and accommodation are two crucial factors in reducing recidivism[iii]. UK studies have reported that employment can reduce recidivism by between a third and a half – but that 60% of ex-offenders were being refused jobs because of their criminal record.[iv] There is also a social cost to this policy that facilitates discrimination and prevents ex-offenders from getting on with their lives and resuming a place in society.

The Victorian Government has been involved in efforts by the Standing Committee of Attorneys General (SCAG) to develop a uniform spent conviction scheme in Australia. One of the recommendations of the model proposed by SCAG is that:

“unless a specific exemption applies, a finding of guilt without a criminal conviction recorded should not be included within the definition of ‘conviction’ for the purposes of a spent conviction scheme, and therefore should not be made available on a person’s official criminal record.”[v]

The Victorian Government has been deliberating this issue and the need for Spent Conviction legislation for many years but to date no legislation has been passed. The need for immediate action on this legislation is imperative so that the police can be prevented from frustrating the intentions of the judiciary and parliament.

Such a move would not only prevent discrimination but clarify an area of considerable public confusion. In the process it would remove obstacles which prevent some ex-offenders from pursuing employment and participating in society. Courts often recognise that people of good character have made a simple and fleeting error in judgement. Courts try and give these people a second chance so through non conviction results. Legislation is needed so that people are allowed the chance that the Courts are trying to give them – so that these passing mistakes don’t cast a shadow over the rest of people’s lives – or at least the next ten years.