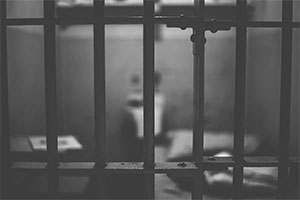 The Constitution of Australia establishes three arms of Federal and State government:

The three arms of government create a system of checks and balances which prevents one arm of government from holding all power – the ‘separation of powers’. However, Victoria recently enacted legislation which undermines this separation by allowing the Legislature to dictate how the Judiciary sentences offenders who have committed specific crimes.

In 2018, the Victorian Parliament enacted the Justice Legislation Miscellaneous Amendment Act 2018 (Vic) (‘the Act’). Sections 85-96 of this Act has removed Judges’ sentencing discretion by mandating that a person found guilty of any of the following crimes must receive a prison sentence:

— and the offence is committed in circumstances which place it in either ‘category 1’ or ‘category 2’ defined by the Act.

For example, a person found guilty of Armed Robbery must only receive a gaol sentence if any of the following circumstances apply:

An offender may rely on ‘substantial and compelling’ circumstances to satisfy the sentencing Judge that a custodial sentence is not justified. But, this is limited and the court cannot have regard to the offender’s:

Though, the Judge must have regard to:

To put it another way, the Judge is only permitted to hear and have regard to the aggravating features of the offence raised by the Prosecution, but counsel for the Defence is barred from making submissions about the offender’s mitigating features. This is wrong on many levels.

First, it denies an offender procedural fairness (the right to be heard in court) when asking the court to consider if substantial and compelling circumstances exist.

Secondly, it constricts the Judge’s autonomy in sentencing offenders by having regard to all of the circumstances of the offending.

Thirdly, it prohibits sentencing Judges’ discretion to tailor a sentence which promotes an offender’s rehabilitation. Mandatory prison sentences pre-suppose that prison is the only solution for all offenders. Sometimes it is of greater value to the community for an offender, especially young offenders, to receive a community correction order which include conditions that address the root of their offending such as drug rehabilitation, homelessness and other things factors which contributed to the crime.

Finally, these mandatory prison sentence provisions do not distinguish child offenders. This consequently contradicts the sentencing principles relevant to child offenders in the Children, Youth and Families Act 2005 (Vic). This means that a 14-year old child who holds up a milk bar in company with a friend must receive a prison sentence. Is this a sensible approach?

We must trust our Judges’ ability to tap into their experience and sense of fairness to impose sentences which are just and equitable. After all, this is why they are appointed. Mandatory sentences might dissuade someone from wanting to better themselves before their plea hearing, such as finding employment, because they are going to receive a gaol sentence anyway.