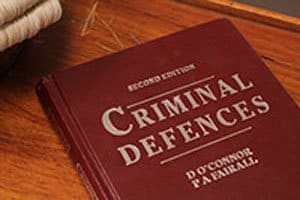 If your response to a criminal allegation against you is ‘but that’s impossible!’, you may be able to raise the defence of impossibility to either have your charge(s) withdrawn or be found not guilty.

Fact finders in cases – either a Magistrate, judge or jury – apply logic to their decision making, and if your defence makes it plain that the crime alleged is impossible, you should be found not guilty.

There are different categories of impossibility when it comes to the defence: factual, physical and legal.

This defence is open to someone who can disprove an allegation by successfully introducing facts into the case that are inconsistent with those in the allegations. A classic example is raising an alibi – how could I have broken into my neighbour’s house in January 2021 when I was in Queensland the entire month with my family, who can vouch for me and I have a flight records and a bunch of photos to prove it. Running an alibi defence is a delicate exercise and should be explored carefully with your solicitor and barrister. Another example is where your ex-partner alleges you breached your intervention order by driving by their house one night. They noticed a green Subaru Forrester exactly like yours and told police you drove by slowly twice within the space of 5 minutes. A few days prior to this, you sold your green car and a new owner now has possession of it. Whilst you can’t say exactly where you were on the night in question, you can establish you no longer had use of that car so it was not you driving by.

The defence of impossibility may also be raised when an allegation is physically impossible. This can happen in different ways. Perhaps someone known to you alleged that you drove behind them and followed them while they were driving, for 10 or so minutes on a road in the local area. Their evidence is that you were both driving continuously on the one road the entire time, following the speed limit (driving no faster or slower). But this road is short and no one can drive on it for more than 3-4 minutes whilst observing the speed limit. Another example relates to the physical body – perhaps it’s alleged you threw a punch at someone at a party and they say your right fist connected with their right cheek/jaw area. At the time, your arm was in a sling following surgery prior to the night in question and was in a very delicate state. Not only could you have not thrown the punch, the impact would’ve caused significant damage to the injury and interrupted rehabilitation and recovery.

A successful prosecution involves proving each and every element of an offence, and if one element is legally impossible, an accused must be found not guilty or have their charges withdrawn. For example, if you are charged with dealing with property suspected of being proceeds of crime following the police finding a large amount of cash and designer goods hidden in your wardrobe, and you are able to prove that the cash and designer goods came to be in your possession lawfully (i.e. gifts, earned from lawful employment, purchased with savings which you can prove, etc.), then it is impossible for the charge to be made out as a critical element of the offence.

If it’s impossible, don’t agree to plead guilty to it. Call an experienced defence lawyer and tell us why what the police are alleging you have done is impossible. We can handle impossibility to try get the charges withdrawn or run a contested hearing or trial that aims to show the court that it is simply not possible.