Home » Criminal Defence » Defence of Honest and Reasonable Mistake of Fact: What is it and When Does it Apply?

Defence of Honest and Reasonable Mistake of Fact: What is it and When Does it Apply?

The article Defence of Honest and Reasonable Mistake of Fact: What is it and When Does it Apply? is written by Gabrielle Redmond, Lawyer, Doogue + George Defence Lawyers.

Gabrielle Redmond was admitted to Australian legal practice in 2019 and passed the New York bar exam in February 2020. She graduated with a Bachelor of Laws with Honours and Bachelor of Creative Industries majoring in Music from the Queensland University of Technology.

Prior to joining Doogue + George, Gabrielle worked as a legal assistant and, subsequently, a lawyer at Furstenberg Law where she assisted with criminal and confiscation matters. She also started her Master of Laws at the University of Melbourne in 2021. 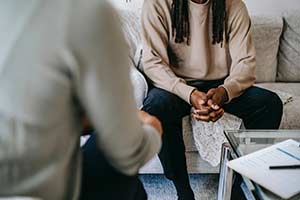 When is the defence available?

The defence of honest and reasonable mistake of fact is available in strict liability offences.

Where an offence is classified as ‘strict liability’, an accused who commits the acts will avoid liability where they had an honest and reasonable belief in a set of facts, which, if they existed, would make the defendant’s act innocent.

An example of a strict liability offence is dealing with property suspected of being the proceeds of crime (section 195 of the Crimes Act 1958 (Vic)). It does not matter if the accused person did not intend to deal with proceeds of crime. They are ‘strictly’ liable for that offence even if they did not mean to break the law. If you are charged with this offence, your lawyer will consider whether the defence of honest and reasonable mistake of fact is available to you.

Will the defence succeed?

The following test is helpful in determining whether this defence applies in your case:

The case of He Kaw Teh v The Queen established that the accused must have expressly turned their mind to a particular fact and made the honest mistake which was reasonable in the circumstances. The accused must have done more than just not considered the matter at all.

If your friend gave you the handbag wrapped for your birthday and told you she purchased it for you and you honestly believed that the bag was lawfully yours, the defence would apply.

However, if your friend asked you to keep a bag at your house over the weekend which you didn’t believe was hers and you failed to make any enquiries about where the bag came from or why she wanted you to keep it, you might have difficulty showing that you had an honest and reasonably held belief that you could possess the bag.

Ignorance of the law is no defence. Meaning that if you knew the bag was stolen and kept it with you without knowing it was against the law, the defence will not be available to you.

Who can raise the defence?

The burden of raising this defence falls on the accused. Once it is raised, the prosecution must prove beyond a reasonable doubt that the mistaken belief was not honest, not reasonable or was not a mistake of fact.

Get in touch with our office if you would like to know if you have been charged with a strict liability offence and whether this defence will be available to you. It takes an experienced criminal defence lawyer to determine whether there is scope to rely on this defence as every case is different.