Molly was admitted to practice in 2019 and is currently based at the firm's main office in Melbourne CBD. She regularly represents clients at the Melbourne Magistrates' Courts including other suburban and regional courts in Victoria.

Prior to joining Doogue + George, Molly was an Associate to a Supreme Court Judge in Victoria in the Criminal Division. Her work included research and assisting with the drafting of judgements for various criminal cases, including homicide, terrorism, and slavery. She has also interned at the Fitzroy Legal Service. 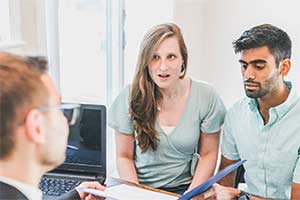 The courts are full of cases where someone is said to have taken another’s property or money. They range from lower level shop thefts, right through to large scale financial fraud involving millions of dollars. These types of charges are often referred to as ‘dishonesty offences’, as they involve allegations of dishonesty or deception.

However, it is not always clear who the property belongs to. If you are accused of taking or damaging property, but honestly believed you had a legal right to this property, you may have a defence. You should speak to an experienced lawyer to see if the defence of claim of right applies.

Defence of claim of right

This defence applies when someone holds an honest belief that they have a legal right over money or property they have taken.

It can be used as a defence to a criminal charge involving property such as theft, fraud, obtaining property or financial advantage by deception, or damage to property.

This defence is in legislation and also common law (or ‘case law’), each with slight differences:

How can this defence be argued?

The first step is for this defence to be raised on your behalf by your lawyer. It won’t be raised by the prosecution!

The next step will be proving that this belief existed. There may be documents that can be relied upon, or other people who can give evidence in support of your claim. Ultimately, it is a subjective test, meaning that it is a test about what you actually believed at the time. This may mean that your lawyer advises that you give evidence at the hearing in support of the defence.

Once you have raised this defence, the prosecution will need to prove that the honest belief did not exist, and that instead you were acting dishonestly.

You should work with your lawyer to gather the materials and witnesses that best support your defence.

What happens if I successfully argue this defence?

The defence of claim of right is a complete defence. This means you will be acquitted (found not guilty) of the property charge/s.

How can I find out more?

At the end of the day, every case is different. Often situations are far more complicated than they seem, and sometimes the police don’t know the full picture.

If you are charged with a property-related offence, you should speak with a criminal lawyer to discuss whether this defence (or another defence) could apply.

We are experienced in dealing with the full range of property offences and can work with you to understand your situation and achieve the best outcome possible.