Charges That are Statute Barred 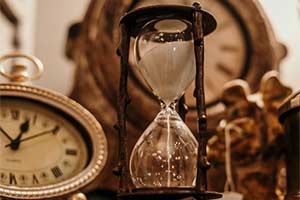 An important deadline for police to meet, and for people charged to look out for, is the date charges must be laid by. If police miss the deadline, the accused person has the defence that the charges are statute barred and therefore they cannot be prosecuted.

A common piece of legal jargon is ‘statute of limitations’ – this is how it applies in criminal law. The term statute refers to a piece of legislation written by parliament. The relevant statute here that contains the limitations is the Criminal Procedure Act 2009.

Not all charges have such a deadline.

Summary offences are generally defined as being less serious sorts of matters, for example drink driving, unlawful assault, resisting police etc. For summary offences, the rule generally speaking is that police have 12 months from the date of the alleged offending to lay the charges. Laying charges involves filing them with the court and ensuring they are properly served on the accused. Failure to do this within the 12-month timeframe could mean the charges are statute barred and this is a complete defence – you don’t even need to explain yourself in relation to the offending.

There are two exceptions to this rule when it comes to summary offences:

Example: If you were caught drink driving in November 2019 and the officer who caught you (known as the informant) spent a lot of the next year on leave and fell behind on their paperwork, getting around to the charges in December 2020, they are statute barred and the prosecution may withdraw them.

It is important to look out for such details on your charge sheet!

These are the more serious charges, for example drug charges, violence causing injuries, rape, home invasions, and so on. These sorts of charges can be laid any time, there is no statutory time limit that the police need to meet in order for the charges to be valid. This doesn’t mean the police should deliberately delay initiating charges, however they don’t have the deadline that can end their case should they miss it.

Again, there is an exception to the rule – some indictable charges do come with a statutory deadline and these are specified in the relevant Act itself.2

Also, there are some indictable offences that can be heard and determined summarily i.e. in the Magistrates’ Court instead of the County Court. Even though they can be heard summarily, it doesn’t mean they have the 12-month deadline that attaches to summary offences.3

Interestingly, there used to be limitation periods in relation to certain sexual offences. It has since been recognised by policy and law makers that victims of sexual offending might not report such experiences to police for months, years or even decades. The law was amended accordingly to abolish the limitations for such crimes so that they can still be prosecuted no matter the delay in reporting.4

If you are charged, it would be wise to call an experienced criminal lawyer to have them check the charges are properly laid, including meeting the statutory time limit. This analysis is highly technical.

It is critical police meet their deadlines as they are there for good reason. You should not plead guilty to charges that haven’t been laid following due process as there may be a defence available as outlined above.