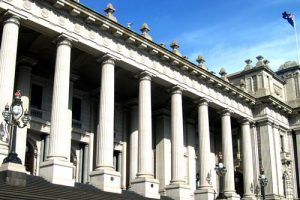 In a media release dated Tuesday 21 April 2020 the Victorian Attorney-General, the Hon Jill Hennessy MP outlined several temporary legislative measures responding to the coronavirus pandemic that will be included in the COVID-19 Omnibus (Emergency Measures) Bill 2020 (Vic) (the Bill). The Bill will be introduced into Parliament on Thursday 23 April 2020. While the media release is relatively brief at one-and-a-half pages, it flags sweeping changes to the justice system that could drastically affect the rights of people accused of a crime.

According to the media release, the COVID-19 Omnibus Bill contemplates the following changes:

It is difficult to foresee the impact that the proposed changes will have on the justice system given the limited information contained in the media release. There is, however, early cause for concern. The rights of people accused of a crime form part of the bedrock of our justice system. These rights are reflected in international instruments such as the International Covenant on Civil and Political Rights, to which Australia is a signatory. Victoria has enacted the Charter of Human Rights and Responsibilities Act 2006 (the Charter) that legislate these rights in domestic law. The Charter contains rights including the right to humane treatment when deprived of liberty, the rights of children in the criminal process, the right to a fair hearing and rights in criminal proceedings.

The changes proposed in the Bill could foreseeably compromise or even contravene these rights. For example, an accused person in custody may become subject to a quarantine order stopping them from contacting their legal representative for an indeterminate time. Changes in processes expanding the use of technology might have the corollary effect of compromising an accused person’s right to a fair trial. Changes to criminal procedure by way of regulation may create inconsistency and uncertainty for an accused person as their matter proceeds through the often-lengthy court process.

Without having access to the Bill it is difficult to say whether these concerns are justified. The extremely broad changes contemplated in the media release are enough however to generate concern regarding whether the Bill will ride roughshod over internationally recognised human rights that have been enshrined in domestic law. Any new piece of legislation must be accompanied by a ‘statement of compatibility’ with the Charter. There has been not yet been statement of compatibility with the Charter prepared in respect of the Bill.

The lack of public scrutiny and speedy timeframes for the Bill’s introduction heighten concerns about its impact on the human rights of accused persons. The media release was dated Tuesday 21 April 2020. The Bill is to be introduced only two days later, on Thursday 23 April 2020. There has not been thorough consultation with the legal profession or the public about the Bill’s content. The broad scope of the Bill suggests that it may be very lengthy. Indeed, it is possible that a very long and complex legislative instrument with significant implications for the rights of an accused will be on the road to becoming law without adequate public consultation.

Of further concern is the length of time the measures the COVID-19 Omnibus Bill introduces may be in place. The media release says that all the provisions in the Bill will sunset after six months with two exceptions. It is not clear what these exceptions are. It is concerning that changes that could significantly impact on the rights of an accused person are being introduced for an indeterminate period.

The Victorian State Government should be praised for its response to the coronavirus pandemic. There have been necessary restrictions on individual freedoms to preserve the health and safety of the community. This approach has meant our health system has not been burdened beyond capacity and lives have been saved, avoiding the catastrophic situation in the U.S.A. and parts of Europe.

It remains the case that even in times of public crisis, human rights need to be preserved. Indeed, Victorian Equal Opportunity and Human Rights Commissioner Kristen Hilton recently observed that “human rights frameworks are designed to see us through times like this – difficult, uncertain times – where it’s vital that we hang onto humanity in the face of extraordinary challenges and consider the longer term consequences of actions and decisions that we make now.”

The proposed changes in the Bill and the manner they are being introduced throw Commissioner Hilton’s words into sharp relief. The rights of people accused of a crime should not be set aside during the coronavirus pandemic. Such rights ought to endure and be upheld throughout times like this to the fullest extent possible. Any compromise to these rights should be limited to those necessary to safeguard public health in order to preserve the integrity of the justice system.

It is difficult to know whether the above concerns will come to fruition without knowing the Bill’s precise content. It is, however clear that this Bill has the potential to radically change the criminal justice landscape in Victoria. People accused of a crime ought to keep a close eye on what changes are ultimately proposed and eventually become law. These changes could significantly impact their rights.