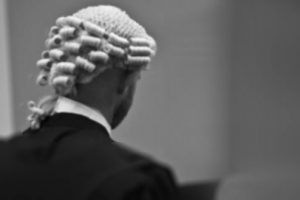 The COVID-19 pandemic has forced an already overburdened Victorian criminal justice system to delay hearings to accommodate public health imperatives. Perhaps the most noteworthy example of this was the March 2020 decision to suspend jury trials. It ordinarily takes a significant amount of time for an indictable criminal matter to reach trial. Often the alleged offending is so serious that accused people are denied bail and remanded for more than a year before their case is heard. People accused awaiting trial are now facing exponentially longer delays before their case is heard, as trials are adjourned far into the future due to the COVID-19 pandemic.
Among the suite of temporary measures recently introduced in the COVID-19 Omnibus (Emergency Measures) Act 2020 (Vic) is the insertion of Chapter 9 into the Criminal Procedure Act 2009 (Vic) (CPA). The updated CPA allows a Court to order that a trial be heard by a Judge alone, subject to some caveats:

The County and Supreme Courts have implemented procedures for applications for Judge alone trials. The party applying for an order for a Judge alone trial completes the relevant form and lodges it along with written submissions, which sets into motion a timetable for the other parties to produce their own written submissions in response. Applications are heard on the papers as much as possible. A party may appeal an order for a trial to be heard by Judge alone.

How parties argue that a Judge alone trial is ‘in the interests of justice’ will likely turn on the facts of a case. In his second reading speech Premier Daniel Andrews identified the issues of accused people on remand being faced with undue delays before their case is heard and victims experiencing further trauma due to delay. These may be pertinent matters that a party requesting a Judge alone trial should consider. Premier Andrews also noted that the Victorian Judge alone trial model is broadly based on NSW provisions, providing legal practitioners with a degree of precedent.

One benefit for an accused person is that should they be found guilty, the trial Judge is required to produce a judgment including the principles of law they have applied and the facts they have relied upon. This provides an accused person with a clear explanation of the reasons for a finding of guilt against them, upon which they can base an application to seek leave to appeal their conviction. These reasons are not available to an accused who has been found guilty after a trial by jury.

Judge alone trials are currently only available in Victoria until late October. They are designed to be a temporary measure in response to an extraordinarily crisis. They are not envisioned as a shift away from the fundamental role that the jury system plays in the Victorian criminal justice system. However, if the COVID-19 pandemic continues to destabilise the community it might be necessary for Judge alone trials to persist for longer than originally planned. People accused of indictable offending ought to obtain legal advice about the advantages and disadvantages of applying for a Judge alone trial in their case.