Home » Court Process » What is a Committal Mention?

What is a Committal Mention? 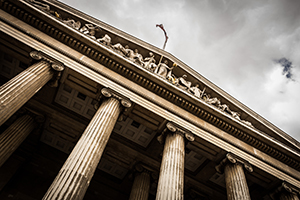 This article explains what is a committal mention.

But first, let’s just go back a step.

So, the committal mention process is very important as the time in which you get advice and give instructions about whether you are pleading guilty or not.

At a committal mention, the Court expects you to be in a position to decide how your matter is to proceed.

First Option: You could decide to instruct your lawyer to conduct negotiations with the Prosecutors. This may include making an offer to the prosecution to plead guiltyto some or all of the charges. It could also mean that you offer to plead guilty to less serious charges than the one brought by police. This could be done just by analysing the evidence in the brief. (See more on this issue below)

Second Option: You could instruct your lawyer to indicate to the Court that you are seeking a committal hearing, to cross-examine witnesses about some of the facts that are in issue.

Third Option: You could instruct your lawyer to proceed directly to the County Court or Supreme Court without a committal (straight hand up brief).

Negotiate and resolve to a plea of guilty at the commital mention.

In negotiating to resolve to a plea of guilty, there are further options that you need to know about.

If you resolve the charges before the committal mention, then your matter will be booked in for a plea of guilty.

Sometimes, from this process, more serious charges might be withdrawn by negotiation and be replaced with less serious charges which do not have to go up to the County or Supreme Court for trial. Instead your matter could then be tried summarily (dealt with by a Magistrate). This is when you can apply for Summary Jurisdiction. This means a Magistrate sentences you instead of a Judge.

But not all matters can be tried summarily, including serious charges such as kidnapping, trafficking a commercial quantity of drugs, rape or murder. If you plead guilty to these charges, then they must be heard by a Judge of the County or Supreme Court.

Contest the charges at a committal

It is important that you know that you do not have to plead guilty to any charge about which you contest the allegations (e.g. that they are made up, wrong, or do not disclose a criminal offence), deny any involvement (e.g. mistaken identity) or for which you have a legal defence (e.g. self-defence).

If you wish to plead not guilty, whether because charge negotiation has not been successful or for any other reason, that is your right to do so. It is an adversarial system and the onus is on the prosecution to prove their case with admissible evidence.

If you intend to contest the charges or the facts, then you will need to file a case note direction. This is called a Form 32-A (commonly referred to as a Form 32). Depending on your matter you can either:

Your lawyer will be able to provide advice as to the benefits of either option depending on your case. The committal hearing is held in the Magistrates’ Court without a jury. It is an opportunity for Defence to cross-examine witnesses on matters in issue and enable these issues to be adequality defined. Read more about committal hearings here.

After cross-examination, the magistrate must decide whether there is sufficient evidence to commit any charge for trial in the County or Supreme Court.

If the Magistrate finds that there is not enough evidence, then you will be discharged and free to go.

If a Magistrate finds that there is sufficient evidence, you will leave the Magistrates’ Court jurisdiction and be adjourned for an Initial Directions Hearing in the County Court or Supreme Court. The Magistrate must determine whether there is “evidence of sufficient weight to support a conviction for the offence charged” before committing you. This test is not very high and most matters are committed for trial.

Even if you intend to ultimately contest the charges, you can still skip the committal process. You decide to go with a ‘straight hand up brief’ then you will be committed for trial at the committal mention (with no committal hearing or cross-examination of any witnesses). Then the Magistrate will provide a date for your Initial Directions Hearing in the County Court or Supreme Court.

Once you are committed, you will also be given various “cautions”. A caution is said by the Magistrates directly to the accused person. The main caution is under s 144 of the Criminal Procedure Act but, depending on your matter, the Magistrate may be required to give other cautions.

Your lawyer will also make requests for disclosure of materials from the Crown on the Form 32. The Crown can raise objections about disclosure at the committal mention.

As you have probably gathered, the committal mention is a very important part of a criminal proceeding.

Engaging a lawyer early on allows more time for you and them to prepare your matter and be ready to inform the court at the committal mention what you wish to do, so as to at least avoid unnecessary adjournments or delays. Often, lawyers will be able to limit the matters in issue and negotiate other aspects of the matter at this stage to reduce time and costs later down the track.

Most importantly, every case is different. A lawyer is able to provide you specific advice on the best way to progress your matter in the specific factors that are associated with your individual case.