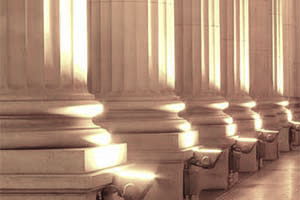 Pleading not guilty to a criminal charge is a right afforded to every person in our community.

A person charged with committing a crime is entitled to plead not guilty no matter how unpopular, immoral or distasteful the nature of the criminal allegations may be.

In the Magistrates’ Court of Victoria, a contested summary hearing is the procedure by which a charge is contested when there is a plea of not guilty.

Why plead not guilty?

There are a range of reasons why a person charged with committing a crime may plead not guilty to a criminal charge, these being:

The Magistrates’ Court can hear cases limited to less serious criminal offences, known as summary offences and indictable offences that may be heard and determined summarily.

This includes a broad range of criminal offences, including sexual offences, offences of violence, drug offences, traffic offences and ‘white collar’ crimes, with many carrying a risk of severe sentences (up to a maximum of 2 years prison for a single offence and 5 years for multiple offences) and ancillary orders being imposed upon a finding of guilt.

There are particular court procedures that must be followed before a contested summary hearing takes place. The steps are contained in the Criminal Procedure Act 2009 (Vic), and include:

At a contest mention, the parties will be required to identify issues in dispute, defences that will be relied upon, evidentiary issues, and other pre-hearing administrative matters. The parties are often encouraged to narrow the issues in dispute if possible. If the matter is unable to be resolved at the contest mention stage, the matter will be listed for a contested summary hearing on a later date.

Contested summary hearings run like a jury trial in the higher courts. The magistrate makes pre-hearing rulings about the admissibility of evidence and other matters before the hearing commences. The prosecution then presents evidence to prove the charges. Defence counsel cross-examines prosecution witnesses and may also present evidence in defence of the charges depending on the particular case strategy involved in the case. The magistrate hears submissions from both parties about the evidence and the law before making a decision about whether the person is guilty or not guilty of the charges.

In deciding whether a person is guilty or not guilty of criminal charges, a magistrate is required to follow fundamental principles, including:

The magistrate must also apply other principles and directions of law relevant to the issues in the case and contained in the Jury Directions Act 2015 (Vic).

Possible outcomes – guilty or not guilty?

If an accused person is found guilty, defence counsel must be ready to proceed with a plea in mitigation immediately. The magistrate will then proceed to sentence. The sentencing principles contained in the Sentencing Act 1991 (Vic) apply. The sentence will be more severe if there is a finding of guilt following a contested summary hearing than if a plea of guilty had been entered at an early stage of proceedings.

The law presently allows for appeals to the County Court of Victoria against the magistrate’s decision to find an accused person guilty and the sentence imposed. Defence counsel will provide advice about whether a better outcome may be possible if the matter is heard by a judge of the County Court. There are 28 days to appeal from when the sentence is imposed by the magistrate.

In a contested summary hearing, it is the defence counsel’s role to robustly represent a person charged with committing a crime by challenging the prosecution evidence and witnesses and by making convincing submissions about the evidence and law. The methods best employed by defence counsel will always depend on the issues that arise in each case; although sound knowledge of the law, thorough preparation and strategic decision-making are critical.

In preparation of a contested hearing, defence counsel will:

Contested summary hearings are complex, adversarial legal procedures. It is akin to a competition between two opposing sides, with defence counsel playing to win a not guilty outcome in accordance with the law on behalf of an accused person.

In some cases, the opportunity to test the strength of the prosecution evidence conveys a different version of events (noting there is no obligation for an accused person to give evidence), or casts a more favourable light on allegations, and will still make the procedure worthwhile even when there is ultimately a finding of guilt.

A person charged with committing a crime and considering a plea of not guilty should seek expert advice at an early stage. This will assist in maximising the prospects of the highly desirable outcome that is a finding of not guilty.