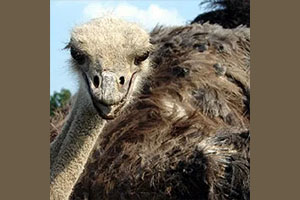 While money laundering is not the sexiest or most interesting crime you could write about, it has produced some of the best names for crimes I’ve ever heard.

Just yesterday, I was discussing with a colleague a former client who was charged with Cuckoo Smurfing.

The origin of the term is fairly obvious. Just as cuckoo birds put their eggs in the nests of other species of birds so cuckoo smurfers put their money into other unwitting people’s accounts. Yes, they do.

You may wonder how that works as money laundering. Good question;

And that smooth process is how someone might earn themselves the slightly inelegant identity of a Cuckoo Smurfer.

An Emu Bobber uses a less sophisticated process, but is likewise, a cracker of a handle.

This is a different money laundering technique where the launderer employs someone to collect losing betting slips off the ground at the gee-gees (horse races). Obviously, the bobbing refers to the up and down motion they become so adept at.

The slips are used to prove that the launderer has lost all their money from a criminal venture at the races. This practice is often used when investigators are trying to follow the proceeds of crime and particularly in coercive hearings where someone might be questioned about where they have hidden their monies.

The emu bobber provides a level of deniability because the launderer admits to having some money but it was not hidden, it was just lost on those damn gee-gees!