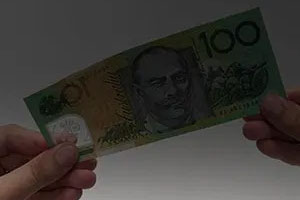 Prior to our merger in February each of the previous firms was separately representing different clients in the first allegations of Bribery of a Foreign Official to come before the Courts. One client who is a foreign national was referred through a lawyer who is now a Judge in Sydney and the other was a referral from a large national law firm.

There is no conflict in these bribery charges (the foreign officials being in different countries etc.),  and so following the merger, Doogue + George now represent two clients of the 9 people charged with Bribery Offences.
Having just spent two days at Australia’s first Anti-Corruption conference in Sydney, I have the opportunity to reflect on the different perspective that a criminal defence trial firm can bring to the enforcement issues, the pointy end of the discussion.

Much time at the conference was dedicated to internal company standards, compliance and training of staff to avoid bribery or corruption. This is the stuff of corporate protection both in the preventive and prosecution stages.

But what of the Australian Federal Police and regulators. Well represented and with a clear message for the collected crowd of in house corporate lawyers and managers, accountants and commercial law firms:

WE WANT TO PROSECUTE YOU.

Apparently stung by OECD criticism, the AFP have established a new portfolio, the “Fraud and Anti Corruption Crime Operations”, of which Senior Federal Police Offficer, Linda Champion is the acting manager. She promised a more upbeat approach with an inter organisational and “all of government” response to issues of corruption. New internal procedures, including a ” Panel of Experts”, will result in high priority attention to anti corruption and bribery allegations. Two things are of note. First, the panel will be made up entirely of AFP officers and second, the AFP will work more closely with the media who, it seems, represent an “untapped resource” for police.

Encouragement was given by Senior Federal Police Offficer Champion for companies and their employees to “self report”, and then perhaps convince the AFP why they shouldn’t be charged.

As we know, even the most co-operative of accused ended up before the Supreme Court of Victoria facing facing significant penalties for bribery.  Worthy of note for corporate entities in this equation is that no formal procedure exists in Australia for admission of offences but non-prosecution such as in the United States where the Department of Justice has the power to enter “Deferred Prosecution Agreements “.

All in all, an interesting and informative conference. There was however (not surprisingly) no perspective presented on how a case might actually run at a trial and how the preparation for a trial is completely different to a plea or a negotiation with the Govt. I found some of the discussion about privilege interesting because potential evidence  was being viewed in a commercial sense rather than a criminal sense. If you do not know how a video proofing will impact on a jury how do you assess if it provides your client with the best defence?

Although it was a lonely place for criminal defence lawyers (only Doogue + George in attendance ), I must give congratulations to conference co-chairs, Robert Wyld and Mark de Carvalho and special mention to Richard Dean of Baker & McKenzie’s Washington DC office who clearly still enjoys fighting the good fight.