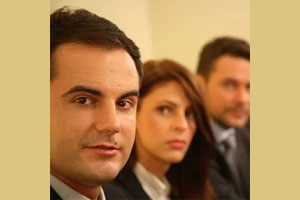 Australian Securities and Investments Commission investigations can lead to criminal prosecution and often imprisonment. Who is at risk?

ASIC will investigate anyone in the corporate environment, regarding all matters, big or small. ASIC will pursue tip-offs, national and international and insolvent companies are often a target. Most often, ASIC investigations are the result of a formal complaint.

What is covered by an ASIC investigation?

ASIC administers the laws under; or pertaining to relevant parts of the following legislation:

What Powers do they use?

An ASIC investigation is typically slow, methodical and thorough. ASIC will pursue an enquiry, employing all available resources and personnel. There can be several people on any given case and their resource pool is rich, robust and global. They can call upon assistance from other national and international agencies including US-SEC and Interpol. They have power to compel production of documents from anyone and to interrogate anyone.

What is a Compulsory Hearing (coercive hearing)?

Section 19 of the ASIC Act states:

(2)  ASIC may, by written notice in the prescribed form given to the person, require the person:
(a)  to give to ASIC all reasonable assistance in connection with the investigation; and
(b)  to appear before a specified member or staff member for examination on oath and to answer questions.

Failure to comply with ASIC’s investigations is a criminal offence. The accused is entitled to claim privilege, however is obligated to attend and answer. And despite recent scrutiny and investigation into ASICs use of coercive investigative powers, ASIC maintains that coercive measures are an intrinsic part of the commission’s investigative function.

ASIC also have the power of Court to restrict or prohibit payment or transfer of money, financial products or other property (s.1323 of the Corporations Act).

In the result of ASICs findings, the Commonwealth Director of Public Prosecutions (CDPP) conducts all of ASICs criminal prosecutions and can lay and prosecute charges against State offences. They will prosecute aggressively for ASIC and also have the power to seize assets and to request further material.

In the conclusion of an ASIC investigation, it is important to note that ASIC are interested in negotiated outcomes, however the DPP must sign of on any such arrangements. They are aggressive in their investigations, however open to dialogue and discussion.

Having appeared at many coercive hearings, we can attest that the importance of representation is two-fold:

1. Guidance through the process

2.  Strategic advice about where ASIC are heading in their investigation and instructions on what steps should be taken. For example, taking witness statements early is often an important step. Another is reviewing the notice to attend carefully to search for a clue as to what ASIC will question you about. This will assist in preparing for the line of questioning and having a clear and forthright explanation of documents or events.