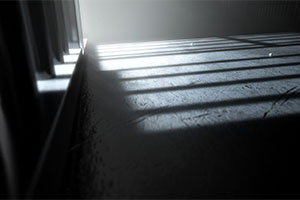 Written by Bill Doogue. Partner, Doogue + George Defence Lawyers.
Increasingly, I am left shaking my head at law and order in Victoria. The similarity to the Trump presidency is frightening in its capacity to strike a blow every few days to what is a good, working system.

I have just spent a week working up in the Northern Territory, so had not spent a great deal of time immersed in Victorian politics. I am only now getting my head around the astonishing changes to bail laws that are intended, such as presumption against bail for rape charges.

As a starting point, there are two main issues about bail that I would like to highlight:

In relation to the first point, the aim of bail is to ensure people attend court. That has always been the objective for bail.

Bail is not a punishment for people whom the Police have decided to lay charges against. Being charged does not determine a person’s guilt, it is often just an expression of opinion by the police officers. And, as we can see with Cardinal Pell, presently, there are a myriad of factors that impact on whether a person is charged or not.

There is obviously an element of risk assessment in bail. That assessment is made by Magistrates and Judges every day and can never be an exact science. Where they do try to codify decisions such as these and dress them up as science, they fall foul of the prejudices that underlies the logic; i.e. there is more crime in a poor area therefore an applicant from an area like that is more likely to commit crime.

It is for the court, ultimately, to decide on the evidence before it that a person is guilty. They then will be sentenced to prison or whatever other penalty the court might impose. That is the sentencing stage. To repeat bail is about getting people to court, not about punishing them for being charged.

In relation to point two, there are clearly many people who are innocent of offences who are charged and taken to court. As is so often stated, there is an estimated 2 -5% of people currently in prison in the US who are innocent. I am not sure what the statistics are in Australia but they would hopefully be slightly lower. That is not of the people on remand where the percentage would be far higher, because many of them are innocent.

Imagine now, being taken before a court because a person has come forward after 30 years and identified you as the person who raped them. You know that you are innocent and that eventually you will be found not guilty. But with the presumption against bail for offences such as rape you will have to sit in jail for 18 months before your case is heard.

It is possible that the complainant may be incredibly mentally unwell and struggle to distinguish between fact and fantasy. Also, add to the mix that we are trending towards police no longer showing even marginal discretion in who they charge on sexual offending cases. It can be the most ridiculous claim by a person with a ‘recovered memory’ decades later of something that happened to when they were five or six years old. A decent bit of investigation would show that our client is not responsible for a rape nor even in the state at the time. But sadly, that does not happen. A complainant’s allegation of rape is accepted and validated regardless of the preposterous circumstances surrounding the event.

We have had at least five cases that I can recall just this year that resulted in charges not even being laid or being withdrawn owing to us providing statements from witnesses to the police or further information about the case. These are all in situations where the client is not remanded in custody.

We have had two other matters where clients have been charged with offences of rape from 30 and 40 years ago. Both cases are withdrawn before hearing because there is a gradual realization that the allegations are just wrong.

And now imagine, with the presumption against bail for rape, what will happen. Decent hard-working people who have never been in trouble are going to be remanded and languish in overcrowded and violent prisons because the government is trying to be stauncher about crime than the opposition party.

To lawyers like us who go to jails and see people in them that is not a fate I wish on my worst enemy and I think it demeans us all.