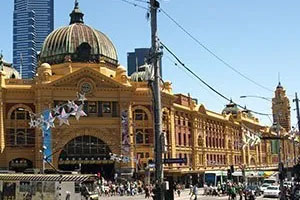 Last Friday, a terrible incident occurred in our city and like everyone else who heard and saw it all unfold, it is hard to be unmoved by the tragic event. As often is the case when a happening of this nature and magnitude unfolds and the public demand answers, I am asked several questions from the point of view of a criminal defence lawyer.
To make it clear from the very outset, I don’t seek to blame anyone for the Bourke Street rampage other than the offender.

Just like with the Hoddle Street massacre many years ago, this is a matter that is unforeseeable and uncontrollable.

To blame the police in relation to this matter is to fall victim to hindsight bias. We know the outcome therefore we can say people should have taken particular actions.

Where things started going awry was when people subsequently started to use this as a reason to point the finger in other directions away from the killer himself.

John Silvester from the Age who, as we know from his articles has a very tight relationship with the Police, published an article under the headline:

“Bourke Street: We need to update a justice system opposed to change”

His article was stating that this tragedy was part of a systemic failure of the justice system.

It makes me wonder if he has been listening to his police mates too much.

His finishing concept “We will change bail but will that be little more than putting a bandage on a broken pipe?” is inflammatory nonsense of the highest order.  The justice system works, it is just imperfect, therefore needs to be, and is, constantly refined

I suppose he would be pleased to know that in an era of dwindling readership of newspapers, a lot of people read his article and then wanted to ask questions of the nearest criminal defence lawyer about what he had stated.

He included in his article;

“The volunteer bail justice who released the man the weekend before Friday’s tragedy, despite police opposition, is being pilloried on social media as some sort of reckless fool who is responsible for the carnage.”

This seems to be entirely correct as there has been a lot of focus on what bail justices are and how they end up in a station at night. Many people had never even heard of the concept

Bail justices are called by the Police at night time. The Police choose who they call and it self-evident if a bail justice is prone to giving bail when it is opposed then they no longer get called.

Many criminal lawyers call them “remand justices” because the idea that they will almost ever give bail if the Police oppose is just laughable.

I feel very sorry for this bail justice because he or she may not want to be identified as the person involved and so they are very limited in what they can say. They have not come out publicly and explained the circumstances of their grant of bail.

The outrage about this alleged killer getting bail meant that within 72 hours Premier Daniel Andrews announced the introduction of a night Magistrates’ Court to deal with bail applications.

Frankly, I think that is a terrific idea. With the use of technology, a Magistrate can easily video conference a bail application. The right law would be applied to the situation and the situations where bail is wrongly not granted will be reduced.

I noticed in the Herald Sun today an article that stated:

“Legal experts spoken to by the Herald Sun said night courts were not the solution to the current problems.”

It seems a bit light on in detail but taking it at face value that is indeed one view. Many of us hold the opposite view as well.

But back to my starting proposition now is not the time for finger pointing or blaming the “justice system”. It is time to mourn the dead and help the injured and their families.