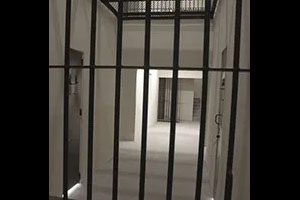 The issue of bail and night court is still running in the media since the tragic events unfolded in  Bourke Street where a number of people were killed.

As someone involved in the criminal justice system who sees many bail applications, it is hard to keep quiet in relation to some of the opinions that are being spoken and written. Three comments in the media jumped out at me today;

In the Senate, Derryn Hinch apparently referred to the Bourke Street accused as being let out on bail despite strenuous police opposition

Now, I may have missed something but, on point 1, where is the evidence that bail was strenuously opposed by the police? Even if the bail justice does not want to talk about due to fear of being publicly identified, have we heard anything from the police officer? He or she should be able to stand up and say “I strenuously opposed bail”.
I note again that it is incredibly rare for a bail justice to give bail if it is opposed by the police. The police would not contact them to come in again, surely?

If bail was not “strenuously” opposed by the police then doesn’t the whole story shift from being the fault of bail justices and the court?

The second proposition that police are actively avoiding a court that is put in place for bail to be determined by a Magistrate is quite alarming. Decisions as to the liberty of a civilian are incredibly important and they should not be trumped by bureaucrats trying to save resources. The police have an enormous amount of leverage with government and so, if they oppose a notion they should go through the normal channels to deal with it.

My third point and one that irritated me, was the former police Commissioner talking about bail. The problem with the police controlling the bail process is they do not bail people they do not like. That does not necessarily mean the person is guilty of an offence, it just means they do not like them. As has been shown countless times, often the police jump to assumptions about guilt which are completely wrong. Just think about WA and how the Police destroyed the lives of a number of innocent people they thought were responsible for the Claremont killings.  Or they have insufficient evidence to prove that the person committed an offence.

We’re well aware it crosses the minds of some police officers to arrest people on a Friday so as to hold them over the weekend.

In any powerful institution, there is a minority who abuse their power. What criminal defence lawyer hasn’t heard stories of the maltreatment of their clients in custody? And who has not seen evidence of it?

This is why we have a system of checks and balances. The police are prosecuting the case and so they should not be the ones who decide if a person is held in custody.

It is important for us to have an informed discussion about bail and issues such as night court. Let’s hope that happens at some stage.