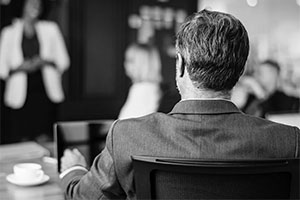 It has become a loosely held secret around legal circles that ASIC are about to charge up to 50 Directors of large listed companies. This is beyond the media reports of ASIC talking about prosecuting Directors. Unfortunately, it seems that these charges are about to be laid.

This is obviously a reaction to the shellacking that ASIC received from the Royal Commission into Misconduct in the Banking, Superannuation and Financial Services Industry.

ASIC wants some scalps, raise their profile and lessen their embarrassment.

This is a very unfortunate turn of events. People should not have their reputations destroyed and their liberty imperilled because ASIC wants to make an example of people for collateral reasons.

The Directors of these large listed companies have presided over a period where Australia has been one of the most financially sound countries in the world. They have created thousands of jobs for people and maintained a mainly steady hand on the tiller. To make them go through the degradation of a criminal process is galling.

ASIC trying to improve their reputation by bowing to the baying of the media misunderstands the importance of making independent decisions. Reputations are not made by splashy prosecutions.

We have been involved in several prosecutions like this such as the Securency case which involved allegations of bribing of foreign officials by companies associated with the Reserve Bank. The Prosecution started off with a huge bang and wall to wall media by releasing of large amounts of material to select media outlets. The result was scurrilous and genuinely defamatory statements being made about our clients.

Discussions with the investigating agencies and Prosecution had us being told that if our clients pleaded guilty they would be serving in the range of 3 or 4 years in gaol. These were employees of companies who had received no benefit from the alleged offending. They were just doing their jobs. As that was a completely unacceptable outcome the matters proceeded and ended with a whimper 5 years later. No one received actual gaol time and a variety of charges were withdrawn and bonds and other penalties were the result.

However, there was an enormous toll on the defendants. Several of them had significant health issues dealing with the psychological grind of having a case hang over them. Not to mention the cost of defending a protracted prosecution.

Director’s insurance often tends not to be as good as everyone would have hoped when taking the policy out.
So, in my humble opinion, I think ASIC should firm up their governance for matters moving forward but that prosecution of Directors in relation to these past allegations is not warranted.