Home » Appeals » Where public interest does not mean the public are interested.

Where public interest does not mean the public are interested. 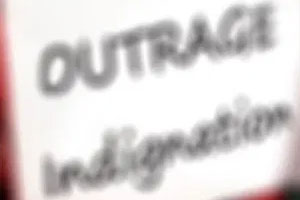 It happens quite often; the public rallies in unified indignation about some ostensible shortcoming of the justice system. It might be the sentence in a case, about which, they don’t know all the facts. It might be a line of questioning. It might just be the outrage du jour.

The latest we find ourselves on the receiving end of, is the appeal of the indefinite life sentence handed to Steven Hunter who was convicted of his second murder. Our firm, including lawyers and admin staff, is in the direct line of fire on this one for acting on behalf of the applicant. Personally, I regard anyone who takes to abusing a young woman on our reception as pretty piss-weak.

We’re not strangers to this effect. There are cases you walk into with your eyes open. You know that you will be abused for acting for a person. You make a considered and conscious decision to do so.

Last year we represented Peter Dupas in his matter in the Court of Appeal. We did not receive public adulation for that one either. But then, our job is not to get public adulation.

So you’re aware, we were approached by other solicitors and specifically asked to handle both of these cases. Also, in both cases, it was conveyed the cases had merit and that they should be run. And likewise, in both cases, legal aid was not willing to fund them and thus, the client would not have any representation.

We are not getting paid for doing this appeal. We think it is a matter of principle to have a caseload that includes the unpopular, the challenging and objectionable.

There is public interest in people appealing. And by “public interest” I mean the term as one that means something is of real interest to us all. As a society.  Not that we are interested or appalled by some salacious detail.

Peter Dupas was successful in part in his appeal. It was an important issue about how evidence could be used in a trial. Trials happen on a daily basis in Victorian and the law adapts and moves to accommodate the myriad of issues that arise in cases. This case law is what keeps our justice system working as smoothly as it can.

You see, our job is to practice criminal defence law. We work, like everyone else, for a fee. It is a service that people are willing to pay us for and in return, the result of our hard work actually changes people’s lives. But sometimes we feel we have an obligation to do some work for no fee, for the good of the law. It is not always high profile work but it is always work that we believe has some merit.

I would be interested to find any other profession or trade that so willingly provides their time or their service for free. It might happen occasionally but it does not happen anywhere near as often as in our profession, nor is it just our firm or just solicitors it includes all the barristers who do work for free as well. There are lots of solicitors like Sam Norton who did pro bono work on the immigration centre charges, barristers like Ashley Halphen and Julian McMahon who have worked extensively on a pro bono basis on dealth penalties case. And there are plenty of other great lawyers who do work on cases that have no media interest.

The nature of criminal defence law is fairly quixotic, we’ll give you that. But with regards to appealing a decision you simply can not have a rule for one and another for the rest.

Everyone has the right to appeal.  This process is a necessary safeguard in the system.

The law and those rights should apply to anyone in the same way. Whether it is you or someone who is reviled by the community. They should have the ability to appeal as much as anyone else.

So just because you are interested in a case does not mean we have an interest in your view about us.

And if you want to share your views with someone at our firm about one of our cases, please ask for me.